Zonotopia and the Quasicrystalline Conjunction
It is with great pleasure and no small amount of surprise that I report a triumphant return from Black Rock City, Nevada - Burning Man 2013 - Cargo Cult, being our fifth consecutive year of building Zonotopia, a manifestation of Zonohedral Art and Architecture on the playa.

As anyone who has built large Art at Burning Man would agree doing it well and doing it right is no small feat.  This year our production schedule was compressed to a point in which it was at a late date questionable as to whether anything resembling our original proposal was at all feasible. The causes of this effect were plenty and while largely external ultimately rest upon the shoulders of the Artist - yours truly, who must channel the energies of people, self, resources and time in order to produce a viable product at the appointed hour. I fault no one who lost faith as the calendar days marched forward and the beginning of physical production was postponed again and again all while months dwindled into weeks and weeks into days.


Production began 26 days prior to departure. The three spiralohedral chambers were reduced to two. The mid-level deck which was to be 12' off the ground was brought down to playa level.
All new construction systems were required to accomplish the spiralohedral design. This year instead of the rhombic panels being cut directly from sheet goods they were each individually constructed as a skewed hexahedral box. While more labor is required up front each panel is now stronger and lighter than it's single layer counterpart. In conjunction with CNC cutting, skilled table saw work was required to realized these components.
After a 24 hour delay leaving San Francisco, followed by car troubles during our journey across the mountains to reach the desert we finally landed at our designated spot in Black Rock City and started building on the morning of Friday, August 23, 2013.
For years now I've wanted to tile a Zome floor with rhombs which are the orthogonal projection of the panels above. The 6 panels in the Quasicrystalline Conjunction Zome map to only 3 panels tiling the floor and each is a direct overhead projection of a panel above.
Once the floor tiles were all in place a spontaneous game of Zome Twister broke out. 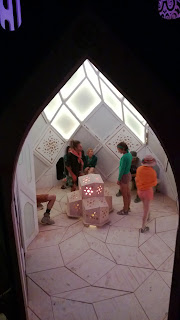 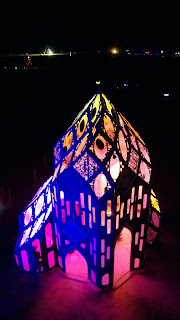 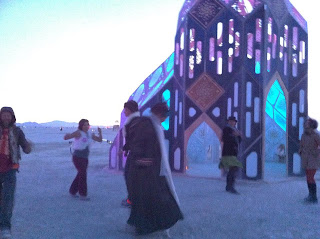 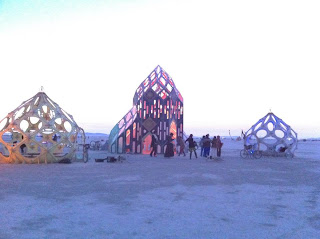 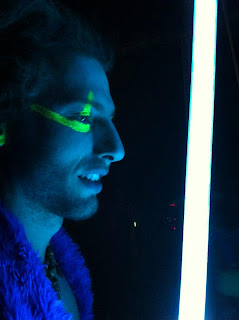 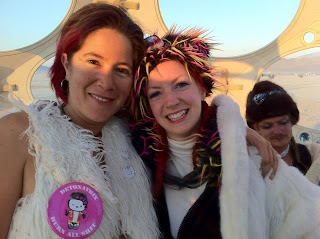 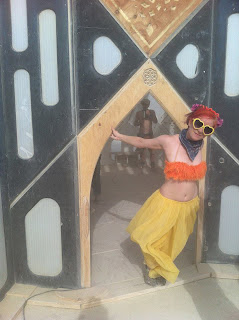 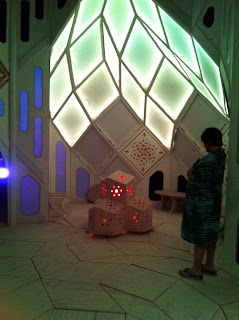 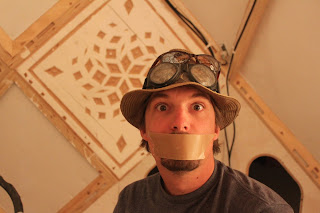 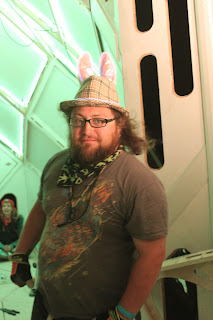 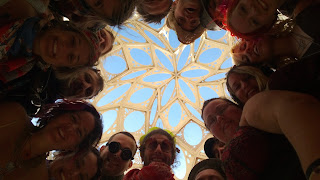 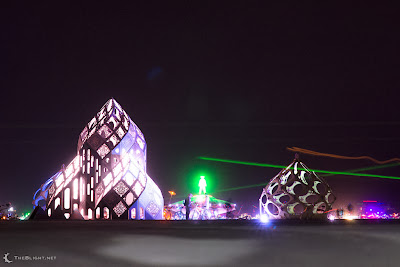 Hi, Zomad(s)! I don't know if I can adequately describe how much I adore the Quasicrystalline Conjunction. This year was my first time on the playa, and I ran across it by happenstance early in the week, on my way out to the Temple. QC was empty, and the quiet and shade made it a great place to chill out and think. Later in the week, on Friday night, I returned with my campmates to do a Japanese tea ceremony for them inside the Quasicrystalline Conjunction, and I loved it as a setting for that, too. Are you thinking of building it again at Building Man 2014? If so, would you have any interest in working with me to have it be a setting for scheduled tea ceremonies, open to anyone? Either way, reading this post makes me appreciate the tremendous effort that went into constructing it. Thank you for so much for designing and making it - QC and the rest of Zonotopia are magical places!

I wasn't there, but I keep spending HOURS looking at these photos. Rob, KUDOS. Absolutely breath-holdingly beautiful forms. They are spontaneous emissions of the brilliance of the universe you're channeling—that's the phrase that comes to mind! And your hand construction, your teamwork, the fanciful spirit of curlicue and color, the obvious craftsmanship on many levels, the reverence of space... oh my.

Thanks for continuing to bless us all with your work to share your brilliant vision of the twisting, growing, ever-new, ever-the-same, polar zonohedra form. I just can't get enough.

Thank you for the kind comments everyone.

Katie, yes tea in the Zomes next year sounds wonderful.