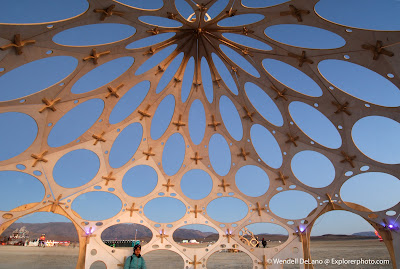 And thank you everyone who has come into the Zome studio these past two weekends to donate their time and talent. We've had some great work days in the shop with people assembling panels, routing connectors and rounding edges. The cnc tool-paths and the production systems are our best so far and we are producing quality parts in record time. 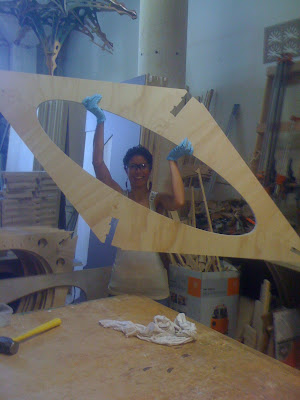 Last weekend, Sunshine assembles panels of the Zonotopia Zome.
As we proceed towards production of the Two Trees our first task is to refurbish the existing Zomes. The Zomes have seen a lot of use these past couple years both on and off playa and as one might expect, here and there, wear and tear has taken it's toll.  A refurbishment like this also provides a valuable opportunity to upgrade the Zome systems and technologies to the latest and greatest version.

In order to minimize material waste most zome panels must be broken into parts and then assembled into rhombuses. There are lots of ways to tackle this problem and with each iteration of design and production we've been able to advance  and refine our techniques.

One of the greatest challenges is devising a system in which virtually anyone, with minimal building experience, can come into the studio, and be immediately productive building quality parts safely and quickly. Last year during the construction of the Miracula Mirabilis panels we utilized a type of joinery I refer to as Frog Joints. 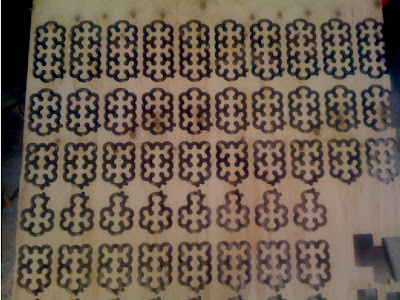 A legion of the 2011 Zomadic Frog Army.
Frog Joints are a style of mortise and tenon which is based on the idea that if one follows the geometry indicated by the close packing of circles, one may quickly create positive and negative parts. For the Mirabilis panels the tenon or frog was a single part and the mortise was cut into two edges of each panel part. 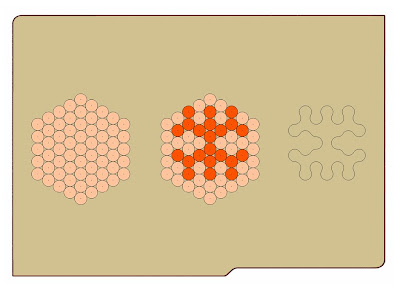 The frog was then glued, hammered and pin nailed into place. The system worked great in all respects and was at the time our best production run yet. 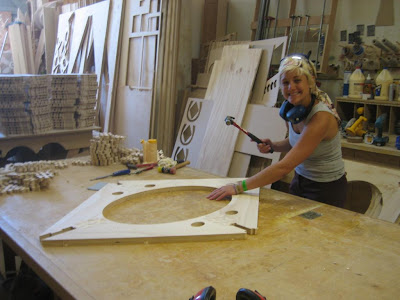 A happy Zonotopian hammering Frogs in 2011.
This year this idea is becoming even more sophisticated.  Now we are using a system called the Lapped Frog. This time the half-frog tenon, and the half-frog mortise and one and the same. All parts are cut with a single tool on the cnc machine. This has been a tricky system to perfect but now that we have we've significantly reduced our panel production time. 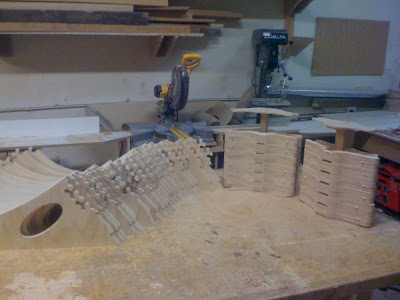 A row of panels with Lapped Frogs ready or assembly.

Not only is this system the fastest and the most foolproof so far - but the resultant panel is the strongest ever. And there's been a major improvement to the vertex connector system since playa-time last year. 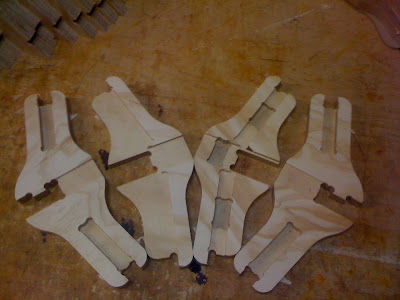 Connectors fresh off the cnc, ready for post-processing.
From now until Burning Man we will be periodically updating this Zonotopia blog as we proceed towards that dusty domain known as Black Rock City.

Thank you all for your support!

Searching for the Ultimate Dating Site? Create an account and find your perfect date.